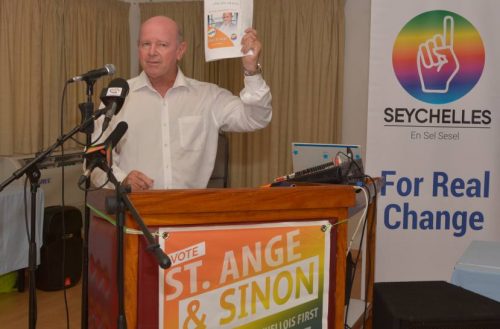 One Seychelles launched its Manifesto for the Presidential Elections at its convention held on Praslin which coincided with the nomination of Alain St.Ange and Peter Sinon as the party’s Presidential and Vice Presidential elections.

“This is our contrat with the people of Seychelles. Not empty promises but points we undertake to deliver when elected” said St.Ange as he addressed the delegates at the convention.

The party has now launched its second manifesto for the National Assembly elections in which they explain the role of MNAs as representatives of the people and not of a political party. The Parliamentary Elections Manifesto was launched as the One Seychelles Candidates were finalising their nomination day formalities. “It is important for the people of Seychelles to know what each party is proposing and we feel this key to transparency in this critical election” St. Ange said as he handed each One Seychelles Candidate with their copy of the Manifesto.

“The One Seychelles reiterated to their candidates that a balanced National Assembly is important for Seychelles because the call made by the Opposition in 2002 is even more relevant today that it was then” Alain St.Ange said. 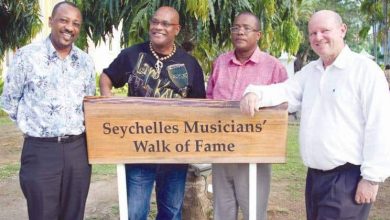 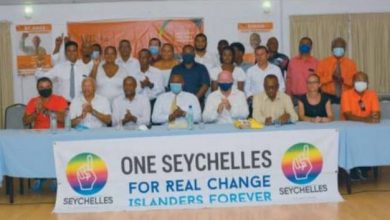 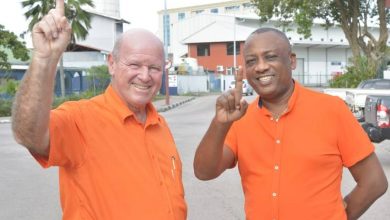